A redundant Ethernet network is possible with the two Ethernet ports.

The MSLC-2’s load sensor and load control sense true RMS power and provide a bump-less loading and unloading against a utility grid. Baseload, import/export, process, and utility unload modes control the KW power between different power sources at the same time controlling the reactive power, VAR and power factor. Reactive power is also ramped on and off for the smoothest load transactions between power grids.

The MSLC-2 communicates via Ethernet, with redundant Ethernet now available, to control real and reactive loading against the utility by DSLC-2 equipped generators.

The tie breaker mode allows synchronization between multiple generator systems. Segments are connected and power can be measured across an intertie, but no load control is functional when in Tie breaker operation.

For the most demanding applications

Complex applications with up to 8 bus segments 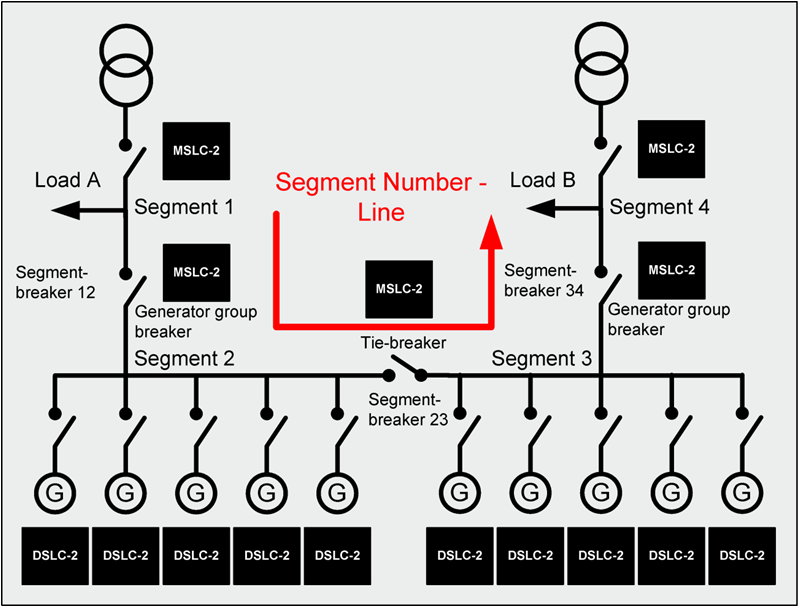 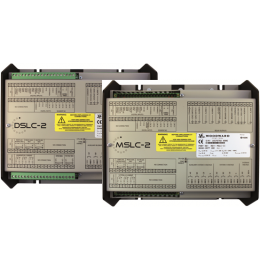